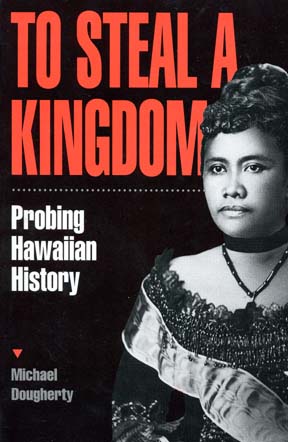 For the first time in more than a hundred years, Hawaiians have taken a stand and have spoken out in favor of taking a giant step toward sovereignty.

On September 11, 1996, the results of “The Native Hawaiian Vote” were announced. Hawaiians voted overwhelmingly to elect delegates to propose a Native Hawaiian government. Finally, the door is open for our people to work together to develop a model of sovereignty that will benefit all Hawaiians for generations to come.

In spite of a precipitous decline in population, cultural dislocation and massive alienation of native lands, Hawaiians maintained their native self-government until 1893, when the United States forced the overthrow of Queen Liliu’okalani. The Hawaiian people never formally relinquished their sovereignty nor their title to the Crown Lands. It is this struggle to regain this autonomy and these lands that will unite our people in their efforts towards sovereignty.

The formulation of the Hawaiian Sovereignty Advisory Committee, plus President Clinton’s 1993 formal apology which acknowledges the illegal overthrow, the existence of a clearly delineated Native Hawaiian land trust and the responsibility of the federal government to provide restitution to a sovereign Hawaii, coupled with: a recent decision rendered by U. S. District Court Judge David Ezra, which rules that the U.S. government and the State of Hawaii must begin proceedings to rectify past damages to Hawaiians, puts all Hawaiians on the path of nation building consistent with the international ground swell of support for the self determination of small countries and Native American tribes.

In order to understand the current situation, readers must be aware of the history which preceded the overthrow. Michael Dougherty, author of To Steal A Kingdom, has written a book that has become required reading for anyone who is serious about understanding the historical basis of today’s Hawaiian sovereignty movement.

Curious readers wondering why Hawaiians are so angry with the government of the United States can find the answers in To Steal A Kingdom. The prestigious Journal of American History acclaimed it, the University of Hawaii Manoa, Hawaii’s community colleges and American universities use it as a textbook. To Steal A Kingdom is a 46-month Hawaiiana best seller.