March 24, 2017
OHA board agrees to independent auditor
By Timothy Hurley 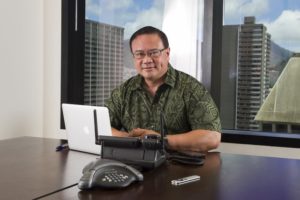 Trustee Keli‘i Akina was appointed to lead the Audit Advisory Committee assigned to oversee the search and supervise the audit. Also on the committee are trustee Lei Ahu Isa and three staff members.

The Office of Hawaiian Affairs Board of Trustees on Thursday approved a proposal to hire an independent certified public accounting firm to conduct a wide-ranging financial audit and management review of the agency and its subsidiaries.

The board voted 8-0 to draft a request for qualifications for firms interested in conducting an audit that seeks, among other things, to “identify potential areas of waste, fraud and abuse in the procurement of goods and professional services.” Trustee Dan Ahuna was absent.

Trustee Keli‘i Akina was appointed to lead the Audit Advisory Committee assigned to oversee the search and supervise the audit. Also on the committee are trustee Lei Ahu Isa and three staff members.

“I am grateful to my fellow trustees for their commitment to transparency and accountability as the foundation for building a strong OHA that meets the needs of its beneficiaries,” Akina said in a statement.

Akina added that the audit will stand out above all previous OHA audits in that it will provide a systematic examination of the serious concerns that have been raised by trustees, beneficiaries and the community at large.

OHA beneficiaries have been campaigning for a “forensic audit” amid media reports, social media innuendo and accusations of financial malfeasance at the semi-autonomous state agency, which aims to improve the lot of Native Hawaiians.

Akina, OHA’s newest trustee, campaigned for the comprehensive audit during his campaign for office last year, vowing to champion any reforms the audit’s results might suggest.

Akina said, however, the three audits are limited in their breadth, falling short of offering the highest level of assurance that the agency’s operations are consistent with best practices in the areas of public finance and trust fund management.